A brief history of St Ives

St Ives takes its name from an Irish princess and missionary called St Ia. According to legend St Ia sailed from Ireland to Cornwall on a leaf in the 5th Century. St Ia built an oratory on what is now the site of the St Ives Parish Church. During the reign of King Henry V in the early 1400s construction of the church began, taking 16 years to complete and was finally consecrated in 1434.

From the Middle Ages, St Ives was a very small town which was flourishing on the traditional trades of mining and fishing attaining a peak in the 19th Century with a world-wide demand for locally caught pilchards as well as tin and copper, both of which were extensively mined nearby. Coal was needed to drive mine engines which arrived in the harbour and offloaded onto horse-drawn carts. The coal was then transported to the Stennack before being taken to the local mine called, Wheal Trenwith. This is where the leisure centre and main car park are now located. Stennack means “place of tin”, Wheal means “Mine” and Trenwith is believed to be the name of the family that owned the mine. 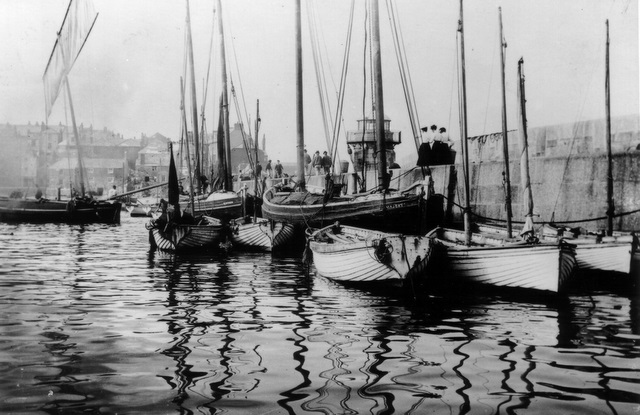 The local fishing industry was based on catching pilchards with around 300 boats operating locally at its peak, netting millions of fish every year. The fish were salted and pressed in barrels before being exported to the Southern Mediterranean. Here they were a popular dish to eat on Fridays and during Lent when meat was forbidden to be eaten.

Near to Steeple Woods at the top of Worvas Hill stands a three-sided pyramid-like granite monument known as ‘Knill monument.’ The monument takes its name from John Knill who served as Mayor of St Ives in 1767 before moving to London. He erected the monument as his intended burial place but he was in fact buried in the capital. John Knill provided St Ives with funds to establish a 5 yearly tradition whereby ten local girls dance for a quarter of an hour around the mausoleum to the tune of the hymn “All people that on Earth do dwell”.

Artists have been coming to St Ives since the early 1800s. J M W Turner arrived in St Ives in 1811 on a mission to capture the essence of our beautiful and rugged South West. J M W Turner managed to capture the unique pink light that St Ives is blessed with. His masterpieces became the inspiration for thousands to make the same pilgrimage in search of that same pink light and that he would be the catalyst in creating the vibrant and influential art colony of St Ives.

The arrival of the Great Western Railway (GWR) in 1877 which led to the biggest change the town had ever seen, enabling the development of tourism. GWR invested heavily in the tourism trade, marketing the Cornish Riviera and buying the Tregenna Castle hotel in St Ives as a convenient place to stay. 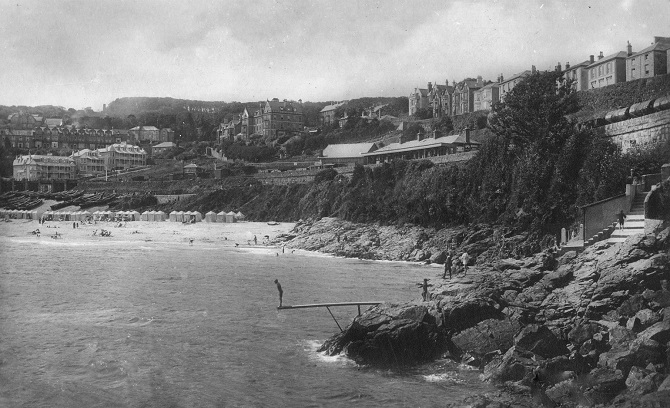 The mid-1900s saw St Ives’ reputation as an artistic centre flourish with the arrival of world-renowned modern artists such as Barbara Hepworth, Bernard Leach and Ben Nicolson. That reputation was maintained later by the likes of Peter Lanyon, Patrick Heron and Wilhelmina Bans-Graham. Barbara Hepworth’s former home and studio, where she died in a fire in 1975, is now renovated and can be visited as a museum with a beautiful garden containing many of her sculptures.

Tate Gallery originally opened in June 1993, the shape of the building echoes the former gas works. As the gallery was averaging 240,000 visitors per year, it was granted to extend the exhibition space in 2013. After a period of being closed, Tate St Ives reopened on 14th October 2017 after a £20 million extension and refurbishment.

St Ives Archive is staffed by volunteers who have special areas of expertise to help you with your research, whether it be a simple query or a detailed research project.